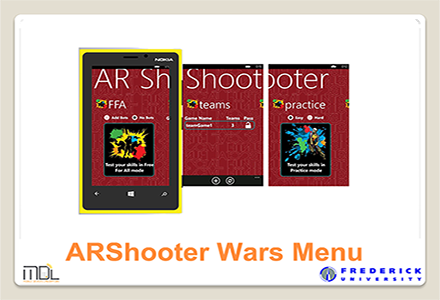 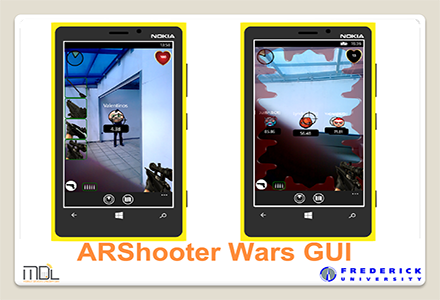 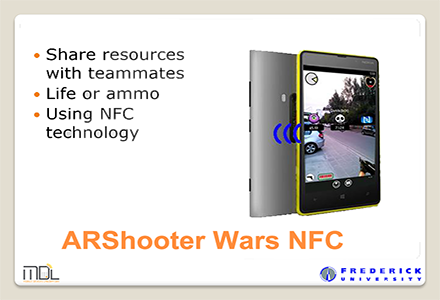 ARShooter Wars is an innovative real-time augmented reality game that is based on crowdsourcing, location-awareness and artificial intelligence. It is built on top of an efficient cloud-based (Windows Azure) framework that allows Windows Phone users to spot and interact with peers and resources at all times in an augmented reality manner and share resources with users in their vicinity. The ARShooters will be able to: collect resources (e.g., offers, gifts, game resources) by physically visiting a location or by using the Near-Field Communication (NFC) technology, interact with other human users and share resources by pre-selecting a particular information and/or resource, which is in-situ the smartphone device for preventing data exposure, using the NFC technology, play an augmented reality FPS multi-player game with other real ARShooters and play an augmented reality FPS single-player game of various levels that span from encountering simple “dummy” agents to AI agents. The AI agents will be developed using real data crowdsourced by human users playing the game and machine learning techniques. The crowd that contributes to the ARShooter Wars will be rewarded with real (e.g., gifts upon agreement with local stores) and/or virtual (e.g., medical packs, special weapons) resources. 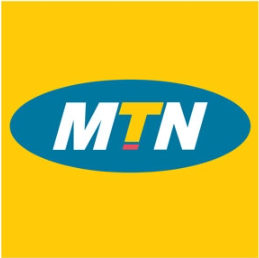